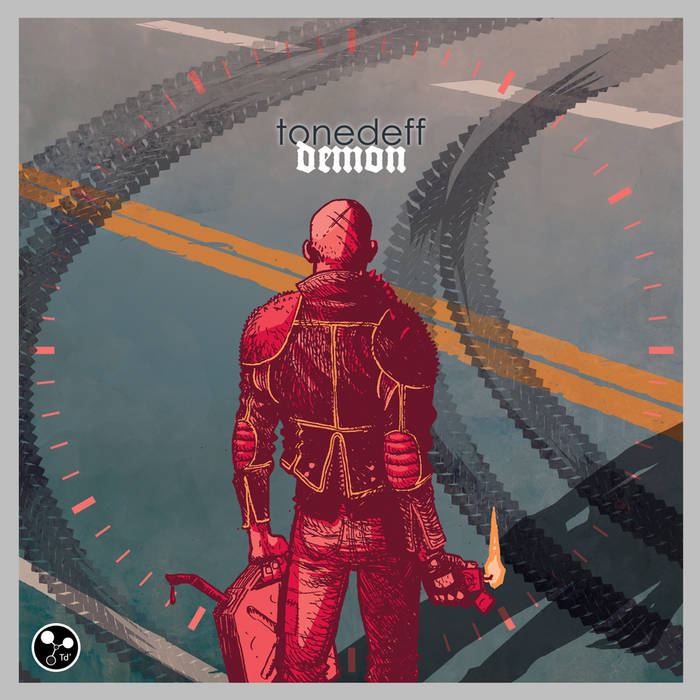 Quinn Haase aka Kid Apocalypse I don't.... I don't even know what to say. If you can listen to Crispy (192) and not be impressed, you must have seen some real shit in your life. Not sure I'd envy that person. Favorite track: Crispy (192).

Stephanie Hilliard A great EP that was definitely worth the wait! Favorite track: Demon.

Substantial This may be the most thrilling 20 minutes of MCing/Music I've heard in a while. Favorite track: Moment.

Polymer is Tonedeff's second album, which consists of 4 EPs. Demon is the second EP, which deals with the concept of anxiety, mortality and time management. You can now pre-order packages for the final physically collected version of Polymer @ Tonedeff.com

EP #2, entitled Demon, deals with the pressures and side-effects of anxiety, mortality and time-management over self-produced mid-tempo bounce tracks. Demon tackles an overwhelmed life a dazzling variety of tempos, flows genre-nods, such as the endurance-challenging title-track “Demon” in which Tonedeff attacks every 16th note for nearly 2 minutes straight in 6/8-time, tipping his hat at the trappings of modern Trap on “Use Me” and most notably, fans of Tonedeff’s infamous triple-time flow will be delighted as Demon contains the long-awaited recorded version of “Crispy” where he essentially puts Fast Rap in a body-bag for everyone’s benefit.

“I knew I was eventually going to have to give the fans an entire collection of fast raps, but I wanted to apply that stylistic approach to my aesthetic and life-experience to make it have a point,” Tonedeff says of the new release. “Time is my worst enemy, and I’m constantly locked in an epic battle with it to achieve all the things I want to do in this life, before it gets to me first. This record is a testament to that.”