from Hunter [EP] by Tonedeff 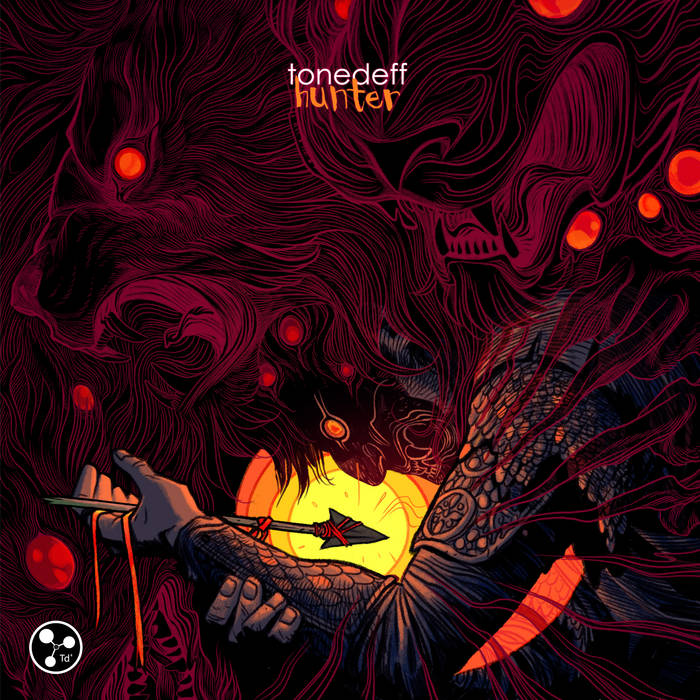 There's nothing you can win that can't be won.

V1:
I want to win. At all costs.
Till any son of a bitch that snubbed the kid is long gone.
And every fucking sin on my bucket list is crossed off
I’m an all-star on a loaded roster, But got off to a false start
and then stalled in the wrong ballpark, Had a major shot, played to a strong draw
But I was X’d out. Probable Kaws? Art.
I ain’t just good, kid, I’m the top dog with a loud bark
When I want a moment of silence… I’ll ask you what my flaws are
And in the end, niggas post up frozen like Narduwar
Odd ball with the flow, poser bros get exposed
As popular frauds who only come with an image, Don Jon
Sharkeisha. Period, If there’s blood in the water, I drop jaws
An ensemble that’s authentic,
Cast as non-credited extras in the Hip Hop documentary yawn-a-thon
So I’m here to re-edit, embed it with everything that my squad is on
Preventive measures are taken, so there’s a bar lost
My competitive nature’s mistaken for hate, I caught y’all
Big fish in a small-pond niggas singing our
swan song
Isn’t this typical? It’s all our fault.
So, witness the business move as they outlaw salt
When favors were called on, in a pinch, that’s all y’all brought to the mix,
So now history is just false by default
With the industry’s trickery and them broad lies are bought
But the sense for vengeance within me’s killing me, I oughta find the resolve to let it go.


V2:
See, everybody wanna be the best - and do none of the work.
Leave you to cook dinner then come for the desert
Well there’s nothing they can do that I can’t, but that doesn’t work in reverse.
Ain’t another person on earth this versatile when I turn a verse
I let Polymer serve the purpose to further confirm these terms, but it won’t -
Cause sheep think everyone’s the GOAT - ya heard?
And the heard has heard of me, but they never heard me and it’s tragic
This urban legend gets censored –press has cursed me with a past.
And I’m banned, because the word “veteran” is the dirtiest in rap/
And then with my level of longevity - Never tires when I kick the facts
They reinvent the wheel – Auto-Tune it to fix a flat
In single comparison - Let’s mix and match –
Dig the pattern: When they get to smoke, they’ll take 2 hits and pass.
But by the metronome, niggas’ll get two clicks and gasp.
With no breath control, They’re a vegetable,
These pussy liars get put up on a pedestal, Expect that Tone average 6 bars in a breath
and it’s a spectacle, Shit’s off the wall, like it was a Pettis blow
Tell me you heard somebody, better duke! Dead it dude!
The best technical rapper alive – What do I gain? From it?
I’ll comfortably say, “Nothing” when it comes to the paying public
If someone with cake does it, it’s suddenly gangbusters
So, fuck who you name, buddy, who’s buzzing’ll change hundreds
Of times, It’s a case study – if one of us gains love,
We’re divided, we chase money, become what we hate for something we like.


V3:
I used to watch these awards shows with tears in my eyes
Cause I was supposed to be there in my mind
And here were these guys who’d appear overnight, that’d be stealing my shine
And I had spent so many years of my time, recording and performing
And writing lyrics since 9, shit my career was my life
So, failure was death, son I’d only disappear if I die
We’re talking serious drive - off of a cliff,
No partner assist. No inept investors who were steering him wide
You hearing them rhymes? Shit is clearly a crime – they’re scarier live
So, when some other peer would get signed
And it would spear me inside, stressed and depressed behind the veneer of the smile
But I have to face the facts so let me put a mirror to mine
My fear is to lie - in a coffin, After I’d accomplished
Only a fraction of my thoughts and feel cheated of all my progress
So cheer me on till the funeral. Here we are in the rawness:
See those who have what you want, did what you knew could do
but couldn’t cause it wouldn’t be true to you
You don’t wanna make music for douchey dudes? Then do whatever suits you is cool.
But the proof’s in the putting, you moved in them shoes
HARDCORE. The most brutal music is fueled by the truth
If there’s an improvement to you - then money who in the fuck are you losing to?
So, test your limits and pursue the goals that you control
The next assertion about winning shit that you should know -
Is success will determine if I’m driven or delusional.
Peace.