from Glutton [EP] by Tonedeff 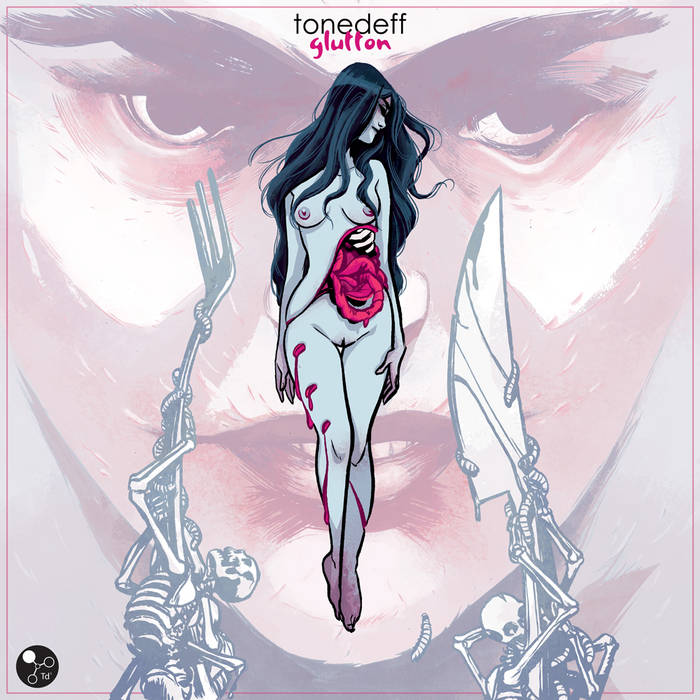 Hook:
Never say never, cause you never know
when never’s gonna break you down
And change up all the rules.
It’s gonna flip the game and make a fool of you.

- Never say never, cause you never know
when never’s gonna come around
And change up all the rules.
It’s gonna flip the game and make a fool of you.

Verse:1
He was a son of a gun,the type of brother to get in trouble for fun
A hustler, always on the hunt for some funds
From others, knowing how they struggled for crumbs
He’d loved to hold em up and, punk ‘em in clubs
He was a showy motherfucker and such,
That prompted suckers to duck, Something stoic, never buckled or budged
He moved weight, bitties loved to get a glimpse when he passed
Screwfaced, and the brother won’t dance, no chance
Still they serving up the ass to em, I don’t matter
He would surely get a pass, Coolin, he owned the ave
And didn’t swerve with any fast movement, it showed status
“Real G’s never dance” Homey wouldn’t have it.
Till one day the sun came tumbling,
His one main slut went to the fuzz with where the drugs lay
Some say she she must’ve busted him banging a couple sluts from the Bay, and he complained to her,
now he’s contained Stuck within tough luck cage with a rough bunkmate, named Terry....
Who makes him dance in the commissary. Like...

Verse:2
She was a lovely soul, without a judge, she was busty, swole/
She was the woman that no one takes home,
And son, her tolerance for sluts and hoes,
was a quarter shorter than Muggsy Bogues
She’d run to service every sunday, scoping all these hussies
Posing for the pulpit in luxury clothes/
Cause they were hunting for the perfect husband
That comes with a country home, that they could one day own/
“I would never settle for funds, I’m grown!
Gentlemen come with loans, and you’re indebted in the bed to the bone
Selling your skeleton’s digusting”, Though
She found a man who was comfortable, and soon their love would grow/
They had the wedding of the summer, And everything was in front of em /
And she’d eventually come to expect the better things coming in
Like expensive clubs and boats, she loved the life -
Then all the sudden she’s broke, when he succumbed to a stroke...
She couldn’t bare to not keep up with the joneses,
Now her her dough comes from lusty roles in the movie “Fuck my holes”.
Like...


Verse: 3
He was a Casanova...
not really - But his talent sold him
He was crass, but his passion drove up on the curb
When he rapped, it showed - and ladies certainly had to know him
He was trapped in the past and sewn up in a pattern,
Holding to his oldest habits as a grown up
To creep, creep, When he was alone he was prone
Just to peep peep, any bit porn he could hold
As a pre-teen, he begins to hoard what is shown
Then extreme scenes, become a resort of his own/
As the weeks keep coming, and seeds reap nothing
But the hunger for the hunt of the cheap deed
Brother here would cheat cheat, any single chance that he’d get
His insecurities surpassed the regrets
Yes, it seems there was a deep need for fantasy to match what he’d get/
But he couldn’t connect and like it was passenger-sex/
And since reality, would have him upset, he vowed to keep clean
If he found a sweet thing, he’s positive he’d have to reset/
“Yo, I’ll never cheat again if I tie the knot”
He put a ring on a woman, with a mind to stop
Now every piece of ass that he met with an eye on his cock
He felt like he was passing a test, When denying their shot/
But when the times - they got hard - He resigned and dropped guard,
And now he lives alone and pays the price for the 'pop'.


Bridge
^ Never is a boulder, teetering on the edge,
and your breath can tip it over
All it takes is one mention to set it in motion
When never hears it’s name, then it starts close in

Never is an army with cannons blazing
Daring you say shit, and make it blatant
If you never say never then remember to dead it, get it?
But then you better hide, cause you already said it twice.